Nonprofit Snapcast, a podcast that tackles nonprofit management issues, recently featured Ben’s Friends president and co-founder, Ben Munoz. The interview focused specifically on how the organization is able to do more with less. 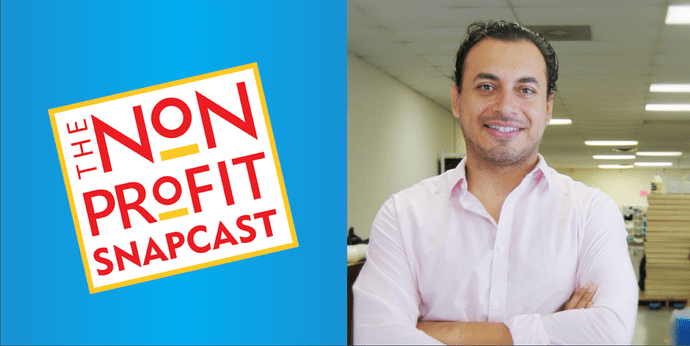 Ben explained that the main reason why the organization thrives even though it has never had large resources is because of the mindset of always questioning every expense.

“It’s a generous gift from a donor and we take that seriously so we have to ask what are we buying with this and then further why do we really need it?,” Ben said.

He explained that the team thinks from a long term perspective. This is why talents and skills are often built in-house instead of buying products and services outside.

Aside from this, the philosophy of extreme prioritization has also been instrumental in helping the organization move the needle.

“It’s kind of spending time thinking, ‘what is that single most impactful thing that I should be spending my time on right now?’ And consistent use of that mentality means you actually get so much done instead of the regular daily urgent routine work,” Ben explained.

Snapcast host Mickey Desai also asked Ben about sunk cost fallacy and how the organization is able to avoid it.

Ben explained that it involves everyone questioning whether a project is still worth spending time and money on. It means having the humility at any time to accept that a project has failed when it already has. He used fundraising as an example such as when the team tried different experiments to find an approach that is worth continuing.

“It’s totally OK to just experiment. We’ll track numbers. And if it looks like it’s not working…anybody can chime in and say, ‘hey I don’t think this is really working out’. That’s ok. Well we’ll go a different direction and try something else,” Ben said.

To listen to the full podcast episode, click here.

Ben’s Friends is a network of safe and supportive online communities for individuals affected by a rare disease. You may check our list of communities here. If you think you would benefit from any of our communities, we invite you to sign up as a member.